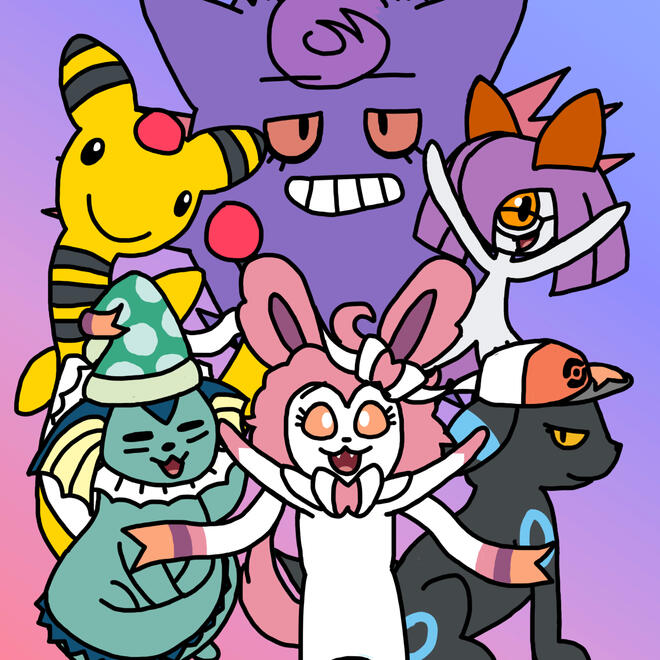 We're a disabled hobbyist multidisciplinary digital creative artist plural system with a focus on video games, video game music, and other video game-related media.You may also know us as "Hinchy", under which name we're still credited for the bulk of what you'll find here.For more about us, check out our webzone.

SiIvaGunner: King for Another Day Tournament

King for Another Day Tournament was a 2019 multimedia event primarily hosted on the YouTube channel SiIvaGunner, a sequel to 2018's King for a Day Tournament.It was primarily made up of three components:• a community participation event focused around an elimination-style popularity competition featuring various figures from video games and popular culture, aesthetically themed around the concept of crossover fighting video games (i.e. Super Smash Bros.)• an original soundtrack of rearranges and remixes of related source material — a real soundtrack to a fictional crossover fighting game• a year-long promotional campaign with character reveals, streamed video presentations, in-universe lore, and moreIt was an extremely complex affair involving innumerable moving pieces, coordination of hundreds of hobbyist creatives, tons of effort, numerous complications, creative disagreements, and even the tragic loss of one of our team members. We began spearheading the promotional efforts almost immediately after the project announcement, then pivoted into a lead role when the original lead director fled the project. Successfully landing the ship while keeping the team held together and seeing nearly every ounce of the team's collective creative vision realized is our proudest creative achievement.

SiIvaGunner: King for a Day Tournament

We also contributed to the smaller 2018 prequel to the 2019 event. Our main contribution was a shooting gallery credits minigame, once again inspired by the Super Smash Bros. series, made in Unity. We're very proud of the polish on this game, especially for being made in a very short period of time!We also contributed one music arrangement (of a song from Splatoon 2) and provided the bulk of the announcer voiceover work.

This Sonic the Hedgehog fangame by Overbound Game Studio attempts to strike a balance between the styles of Sonic CD and Sonic 3 & Knuckles. Started from scratch 4 total times during its incredible 12 years of on-and-off production, the soundtrack "Dueling Ages" represents 8 years of our musical growth as a composer, arranger, and producer, from amateur to journeyman (and also happens to feature an incredible two-song contribution from the wonderful Andy Tunstall).

The Legend of Doodle